This was an anti-smoking campaign done for a school project to raise awareness about the negative effects caused by smoking, in a visual and infographic way. As most anti-smoking ads or campaigns are meant to scare people away from smoking, I decided to take a different route and come at smoking in a visually pleasing way that wouldn't scare people, but would instead make them want to learn more through the animated graphics and simplified statistics. For this project I wanted to use a combination of bright accentuating colours and cool modern tones that would compliment each other well and also help highlight and emphasize the important numbers and statistics, and help hold people's intrigue with the various graphics and animations. 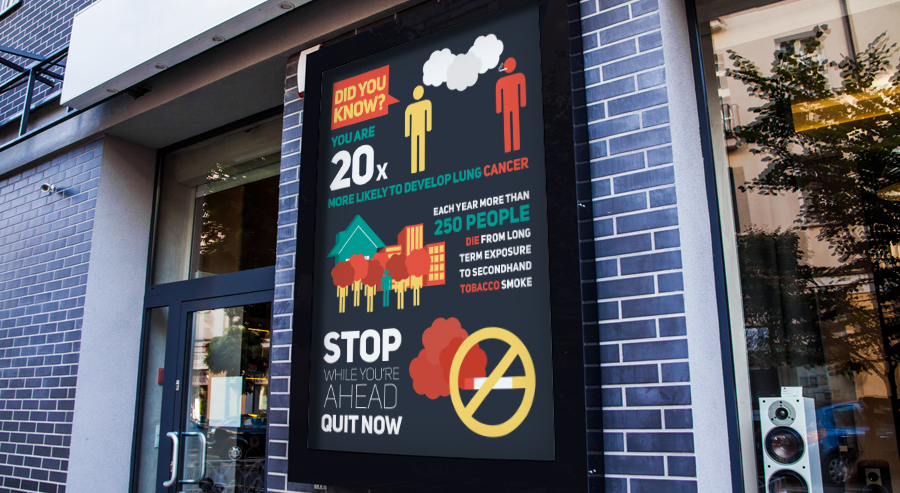 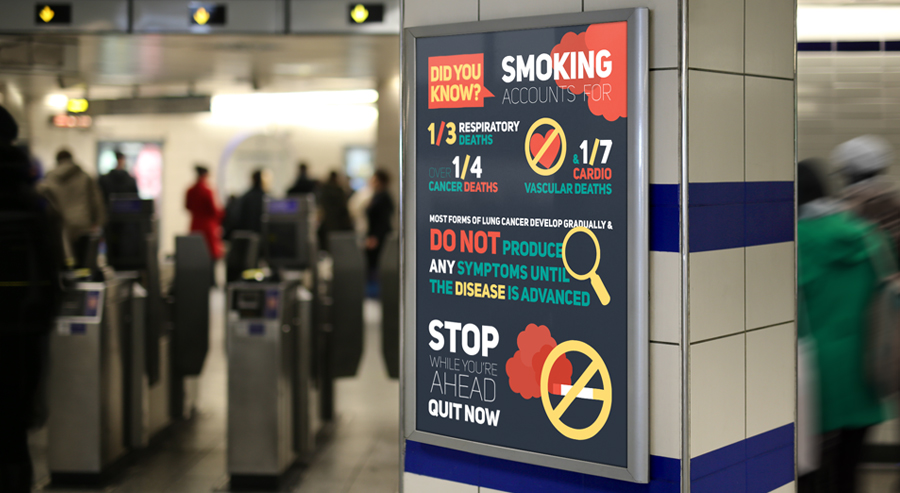 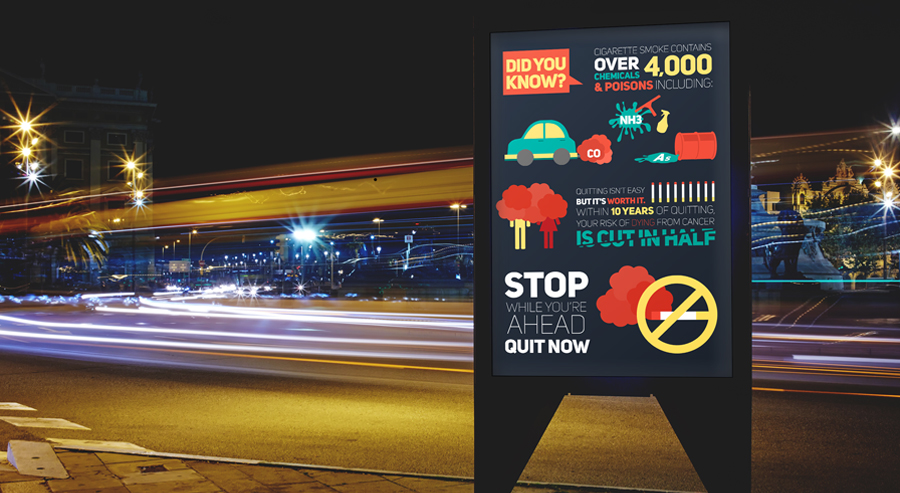 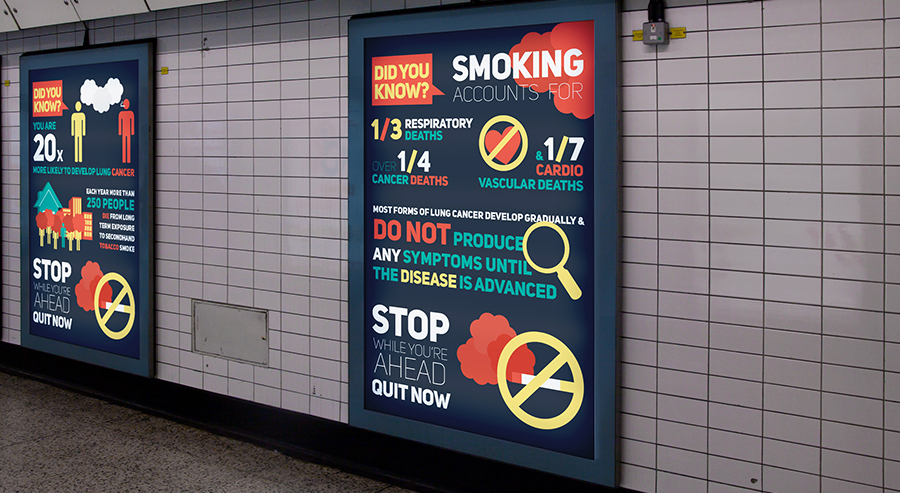